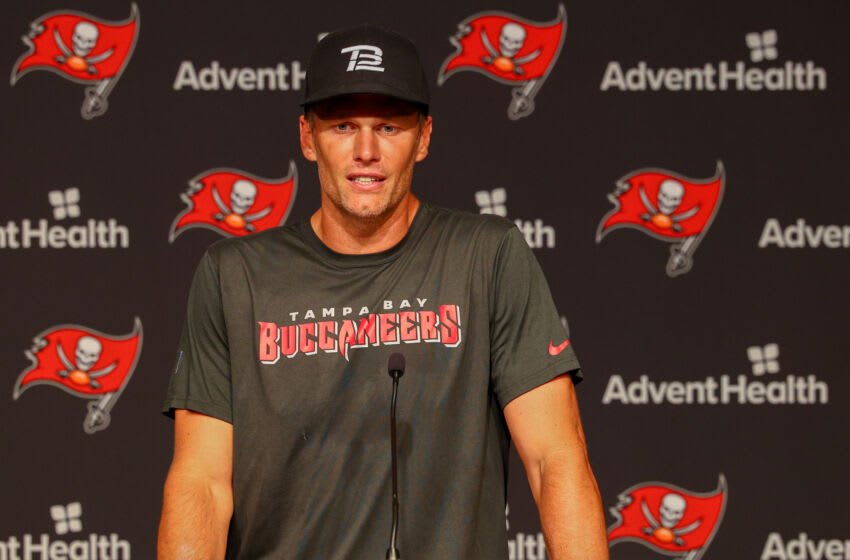 Tom Brady and the Buccaneers took the worst loss of the season yet against the Panthers. Here’s what he had to say after failing to score a touchdown on Sunday.

Somehow the Tampa Bay Buccaneers will remain on-top in the NFC South, but don’t let that fool you: Their season is going incredibly poorly.

The Bucs failed to score a touchdown in Week 7 against the Panthers, a team who gives up over 24 points per game. They fall to 3-4, tied with the Atlanta Falcons in the South.

Obviously, fans are waiting with bated breath to hear what Brady has to say following the loss. One can assume he just might be regretting his late offseason decision to return to Tampa Bay after he initially retired.

When asked about Mike Evans dropping a crucial pass early in the game, Brady brushed off the idea that it was an overly-meaningful part of the game.

QB Tom Brady on WR Mike Evans’ early-game drop: It was one play. There were a lot more plays in the game.

That pass, which you can see here, should have been a relatively easy 75-yard touchdown in the first quarter. It would have put the Bucs up 7-0 and given them early momentum.

He still feels like this offense can perform well, but that the bad plays are outweighing and canceling out anything good they do.

Tom Brady says the Bucs’ offense is capable of making plays but is not doing so consistently. One good play will be followed by a bad play and you can’t win football games that way.

And finally, he spoke on fundamentals.

p lang=”en” dir=”ltr”>Tom Brady on losses to Steelers and Panthers: “If you don’t execute your job well, it doesn’t matter who is on the other side. It’s about fundamentals.”

Tampa has little time to get those fundamentals right, though. There is no quick fix in Tampa. The Bucs will play the Ravens on Thursday night. Thankfully for TB12 and TB, the game is at home.