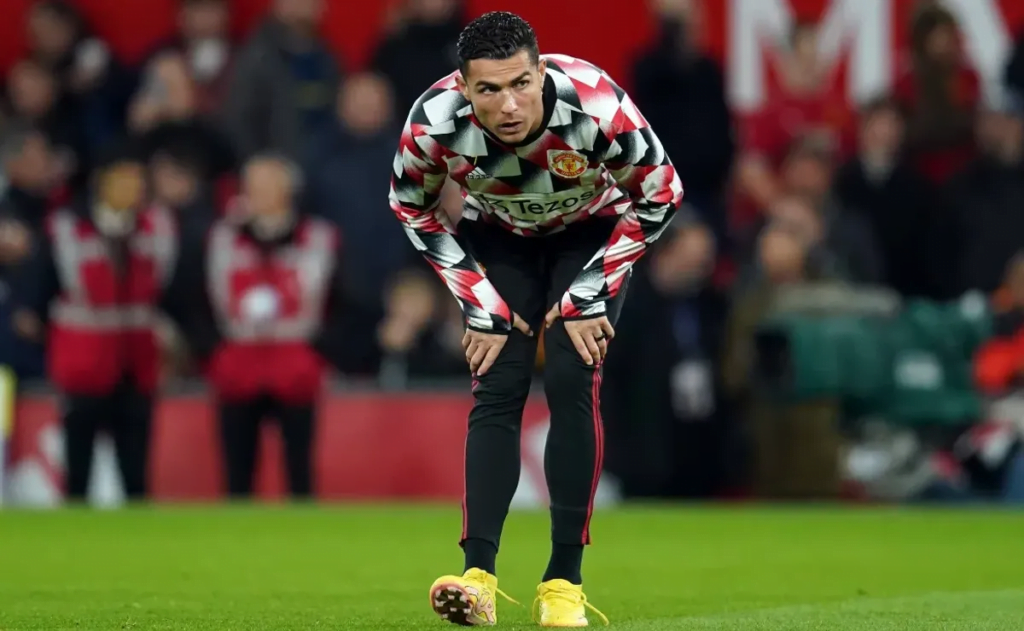 Cristiano Ronaldo has returned to group training with Manchester United. The superstar was previously banished from normal team activities last week. Ronaldo refused to enter last Wednesday’s match against Tottenham and was seen leaving the stadium prior to the end of the game. He was also left out of the squad for United’s trip to Chelsea on Saturday as well.

Nevertheless, BBC reports Ronaldo and manager Erik ten Hag remained in communication. The Portugal international rejoined his teammates on Tuesday to resume training. United players were given Monday off, so this was the first available day of the week for Ronaldo to train.

The club was straight forward last week about the decision to essentially ban the star from the big game at the weekend. “Cristiano Ronaldo will not be part of the Manchester United squad for this Saturday’s Premier League game against Chelsea. The rest of the squad is fully focused on preparing for that fixture,” read an official statement.

Cristiano Ronaldo back in training at United

United was, however, never committed to a timeframe of when to reintroduce Ronaldo back into the squad. Ten Hag even made it clear that he wanted his highest-paid player to be an integral part of his squad.

“What we said in the statement is that Cristiano remains an important part of the squad and I count on him for the rest of the season,” ten Hag stated last week. “We want to fulfill our ambitions.”

“What I said is I don’t want to miss him. I want him to be in the squad and be involved for every game because he has an impact.”

While he may be back in normal training and could feature against FC Sheriff on Thursday, Ronaldo’s future with the club is still in doubt. The player could very well be looking for an early exit in January. Nevertheless, the list of teams willing to take on his salary and headaches appears to be dwindling.