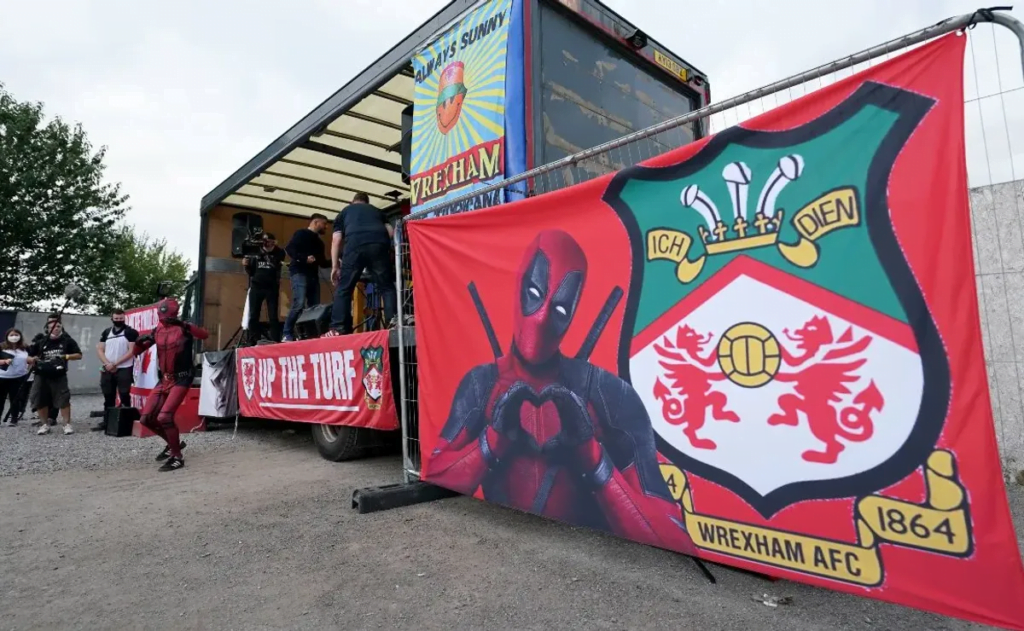 FA Cup’s fairytale story Wrexham AFC are bringing their magic back to viewers in the United States.

An ESPN spokeswoman confirmed to World Soccer Talk that Wrexham’s next FA Cup game is going to be streamed on ESPN+. Scheduled for Sunday, November 6 at 7:30AM ET, Wrexham’s FA Cup First Round game is against Oldham Athletic.

With Ryan Reynolds and Rob McElhenney as the owners of Wrexham AFC, interest in the Welsh club continues to grow at a rapid pace. Helped by the very successful Welcome to Wrexham series that’s available to binge on Hulu, more Americans are becoming fans of Wrexham AFC.

Wrexham’s Racecourse Ground is the location of the FA Cup game against Oldham. If Wrexham can get a win, Welcome to Wrexham viewers can imagine a crowded The Turf Pub after the game.

As Welcome to Wrexham viewers can attest, it’ll be a full house on Sunday at The Turf Pub outside the stadium. Wrexham fans, and many Americans, will be hoping for a post

After Wrexham knocked Blyth Spartans out of the FA Cup Qualifying Round, the fifth-tier club are very familiar with Oldham, who are in the same division as Wrexham.

Given the growing popularity of Wrexham in the United States, it’s not surprising that season 2 of Welcome to Wrexham has been greenlit.

If the Dragons defeat Oldham on November 6, Wrexham’s present will be a FA Cup Second Round on Thanksgiving Day weekend.

It’s not until the FA Cup Third Round where non-league clubs have a chance to play teams in the Premier League and English Championship. But the Dragons still have a long way to go before they even get a chance to start dreaming about FA Cup giant killing.