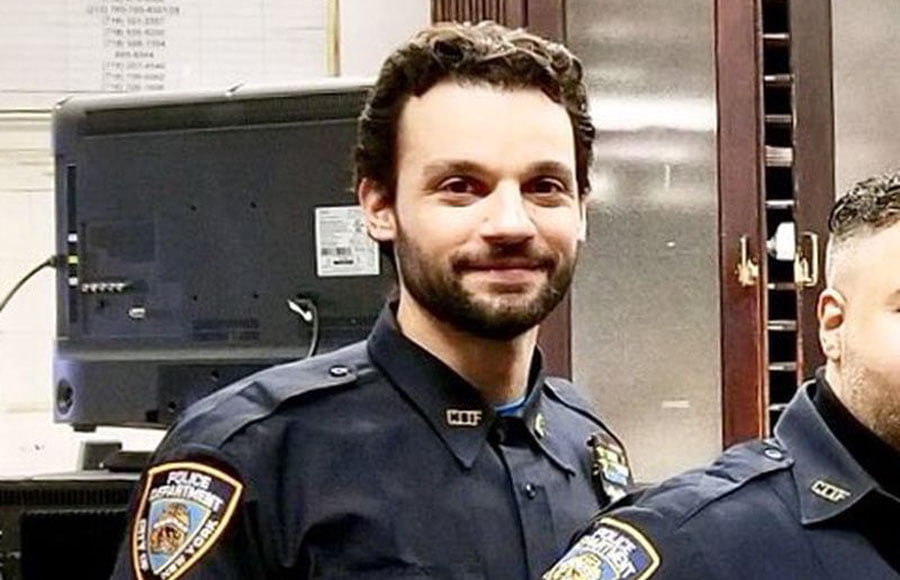 Officer Salvatore Greco, a 14 year veteran for the New York Police Department. is being persecuted and threatened with termination by the New York Police Department, despite the support of the PBA, simply because he supported President Donald Trump in his free time and became a friend and supporter of Trump-loyalist Roger Stone. He faces trial tomorrow March 1 on charges of “conduct prejudicial to the good order and efficiency of the department.”

STATEN ISLAND, NY – Salvatore Greco is a New York City police officer with an unblemished record of service to the people of New York over the last 14 years, working the graveyard shift in some of the most dangerous precincts in New York City to keep New York citizens safe.

In 2018, it came to my attention that Sal Greco was posting messages on social media supporting my public denials that either I or Donald Trump’s campaign were involved in collusion with the Russians. Greco soon came to Florida on his vacation from the NYPD and we became good friends, in fact, he became friends with my entire family. I can honestly say I have never seen his badge or his service weapon.

Sal Greco was in Washington D.C. on January 5th and 6th. Like me, Sal, did not go to the Ellipse for President Trump’s speech, did not march to the Capitol and was not present at the Capitol on January 6th; in fact, he was in my hotel suite most of the time and we were both shocked to learn about those who illegally entered the Capitol. Any claim that either of us knew about or had any role in the illegal events of January 6th is a vile lie and is categorically false.

At no time did I ever pay Sal Greco to provide security for me or my family, although, given the substantial number of death threats and ugly scenes in public, there have certainly been times where I have needed professional security. In those instances, professionals have been employed. He also had no formal security role in my appearance in D.C. on January 5th. Neither of us ever left the hotel grounds on January 6th. Greco’s capacity on January 5th and 6th? Friend and Trump supporter. Nothing more, nothing less.

Sal Greco is, however, the person in my hotel suite who answered the house phone when I was contacted by the Secret Service offering to “escort me to the Capitol” right after the President’s speech on the Ellipse, an offer I wisely declined. This exchange was witnessed by two prominent Pastors and was also captured on video.

Now, this son of Staten Island is being persecuted and threatened with termination by the New York Police Department, despite the support of the PBA, simply because he supported President Donald Trump in his free time and became a friend and supporter of Trump-loyalist Roger Stone.

Sal Greco has been subjected to a politically motivated investigation at NYPD and has been charged with violating NYPD regulations in his friendship with me because it is alleged that I am a “convicted felon.” While my felony conviction is voided by the unconditional Presidential pardon I received, newly elected Mayor Eric Adams has written extensively about providing personal security to convicted felon Mike Tyson when Adams was a NYPD Captain. Once again, we have a two-tiered justice system.

While it is true that, taking time off from his police duties, Sal Greco was in Washington D.C. January 5th and 6th to attend a legally permitted peaceful protest as a private citizen, he was not at the U.S. Capitol and has violated no rules or laws. Yes he came into contact with members of the Proud Boys (of whom he was a vocal critic) and the Oath Keepers which proves…nothing. Guilt by association is a key tactic of the Left and their handmaidens in the fake news media.

Sal Greco may be fired simply because of his support for Trump and Stone, losing the pension that he has paid into for 14 years while turning in a spotless record of service and risking his life for the public in some of the most dangerous precincts in Brooklyn, Manhattan and the Bronx.

Greco faces a Departmental Trial tomorrow March 2. If fired and with his pension terminated, Sal may have no choice but to sue Mayor Eric Adams and the New York Police Department to recover his pension and to disprove the politically motivated and false charges that he has done anything wrong. If so, Mayor Eric Adams will be the first witness in the $25 million lawsuit that Greco files against the politicized New York Police Department.

The “trial,” open to the public, is Tuesday at 10 am at 1 Police Plaza in Manhattan. Supporters are encouraged to attend. No banners or disruptions.