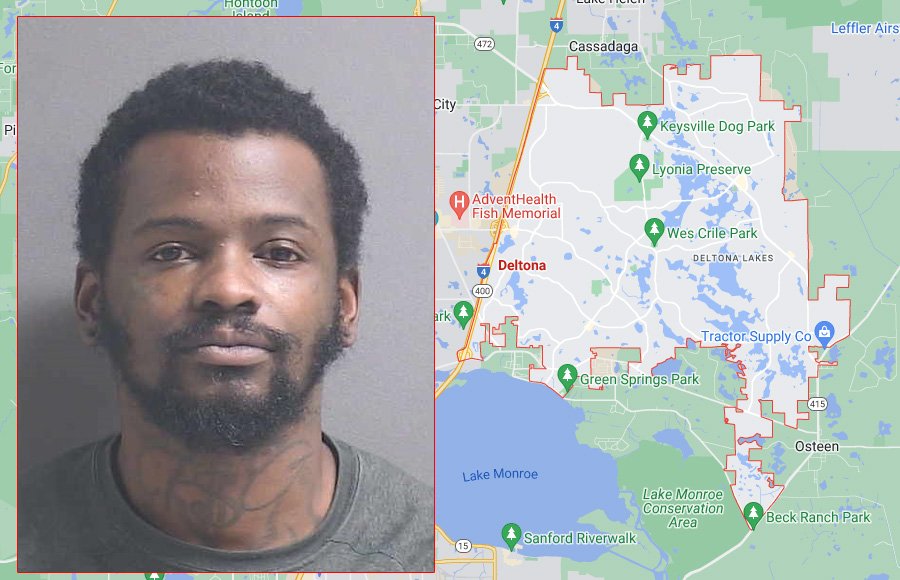 Authorities say the investigation into the crash indicated that Devin T. Barksdale, 30, of Sanford, was impaired when he hit the motorcyclist ultimately killing him. Barksdale is scheduled to be served today with a warrant for DUI manslaughter and DUI with property damage.

DELTONA, FL – In October, a 73-year-old Deltona resident was killed in a head-on collision when the driver of a pickup truck turned into his path. The crash occurred as the victim, John Candeto traveled south on Deltona Boulevard on his 2001 Harley-Davidson motorcycle in the right lane. Candeto was critically injured in the crash and was transported to Central Florida Regional where he later died from his injuries.

The driver of the 2013 Ford F-150, which detectives have determined caused the October crash will be charged with DUI manslaughter. Authorities say the investigation into the crash indicated that Devin T. Barksdale, 30, of Sanford, was impaired when he hit Candeto’s motorcycle ultimately killing him.

Deputies on scene noticed signs of impairment, and lab tests of Barksdale’s blood, drawn about three hours after the crash, later indicated alcohol content of .088 and .089 g/100mL. He originally told deputies he did not see the oncoming motorcycle and turned into his path.

Barksdale, who is already in custody without bond in the Volusia County Branch Jail on charges of violation of probation and possession of fentanyl, is scheduled to be served today with a warrant charging him with DUI manslaughter and DUI with property damage.

Joe Mcdermott is our daily investigative journalist and staff reporter who keeps his eyes peeled for interesting Local, US and World News exclusively for The Published Reporter®. Mcdermott, one of our first and thus veteran reporters, is also a data analyst for select independent news and media organizations in the United States.

You Can Flip My Stories On The Flipboard Digital Magazine

Disclaimer (varies based on content, section, category, etc.): Charges are accusations and defendants are presumed innocent until proven guilty in a court of law. News articles on this site may contain opinions of the author, and if opinion, may not necessarily reflect the views of the site itself nor the views of the owners of The Published Reporter. For more information on our editorial policies please view our editorial policies and guidelines section in addition to our fact checking policy and most importantly, our terms of service. All links on this site could lead to commissions paid to the publisher. Please see Advertising Disclosure in sidebar.

or a specific category with our Feedburner Feeds.