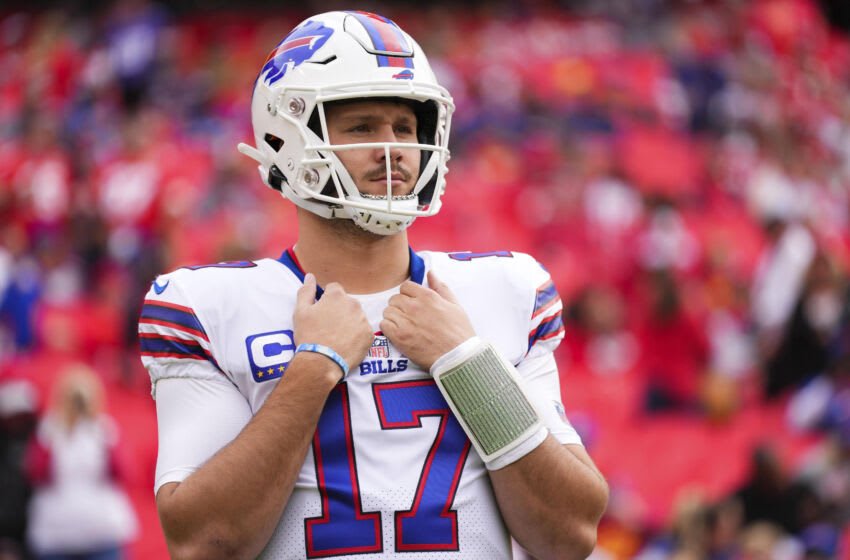 Josh Allen running a near-unprecedented MVP gauntlet while going after an MVP trophy of his own.

Josh Allen has been arguably the NFL’s best quarterback this season. He has led the Buffalo Bills to a 5-1 start and has compiled 1,980 passing yards (67% completions and 17 touchdowns) as well as just under 260 rushing yards and two rushing touchdowns.

Allen has never won an MVP award through the first four full seasons of his NFL career (although he did finish second in 2020), but his 2022 campaign could prove to be the year he finally pulls it off.

While we will have to wait a bit longer to see if he is able to finally grab that first MVP trophy, there is one stat that Allen is oh-so close to achieving that would do wonders in getting him that award this year.

Josh Allen beat Lamar Jackson in Week 4 and Patrick Mahomes in Week 6. Has an opportunity to beat Aaron Rodgers this week.

In Week 4, the Bills beat Lamar Jackson and the Ravens 23-20. In Week 6, it was Patrick Mahomes and the Chiefs who fell to the Bills 24-20. After a bye this past week, Allen is now set to take on Aaron Rodgers and the Packers.

Should he find a way to top Rodgers (which is looking highly likely thanks to Allen’s otherworldly success and the Packers’ struggles), that victory would be over the third former MVP quarterback in a four-game span.

If this feat is pulled off, this would be the first time it’s happened since 1996 when Troy Aikman topped Dan Marino, Steve Young and Brett Favre in a four-game span.

As a whole, the NFL is undergoing something of a transition at quarterback. Both Rodgers and Tom Brady have struggled in their starts this year, while the younger crew in Allen and Mahomes have begun to elevate their games even further. Allen and Mahomes are using both their arms and their legs to cement themselves firmly at the forefront of the MVP discussion.