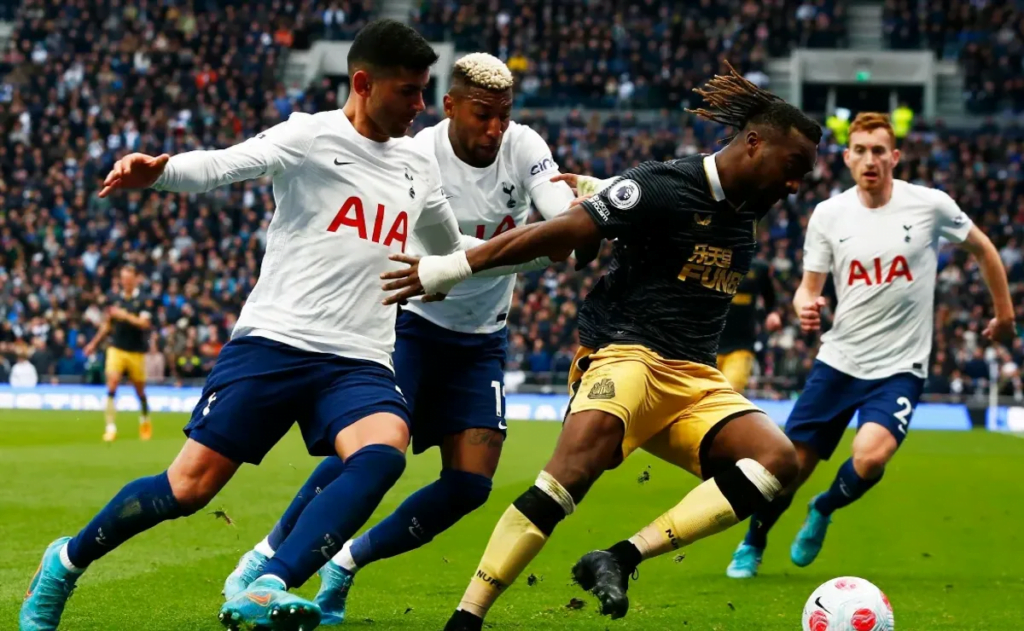 Spurs and Newcastle do battle with TV coverage showing what could be a fascinating fixture.

These are two clubs with high aspirations, albeit those differ. For instance, Newcastle is in the midst of a new era. This season, the club seeks European qualification via a high finish in the Premier League table. With one loss through 11 games, the Magpies are on their way. However, they travel away from St. James’ Park this weekend.

Tottenham Hotspur Stadium is the venue. Spurs, which is a top-three side based on current Premier League standings, is coming off a loss to Manchester United. In that game, United dominated Spurs. In all honesty, the scoreline was kind to Spurs, who only mustered two shots on target to United’s 10.

Therefore, this game is important for Spurs to get back on the right track, even if it is against a tough Newcastle side.

Spurs vs Newcastle TV coverage in the U.S.

The Spurs game against Newcastle does have TV coverage before and after the fixture. Premier League Live precedes this game following a busy 9 a.m. slate in the Premier League. However, as this is the last game of the day on Sunday, Goal Zone wraps up all the day’s action, including the Spurs-Newcastle contest.

Tottenham Hotspur and Newcastle may not be a traditional rivalry. Yet, based on current trends upwards, these are undoubtedly two strong Premier League sides. Just this season, Newcastle was unlucky not to earn more points against Liverpool, Manchester City and even Manchester United, to an extent. Now, it is unbeaten in its last six.

Tottenham awaits its signature win of the season. After starting out with a fiery 2-2 draw at Stamford Bridge, Spurs recently lost on the road to both United and Arsenal. Beating Newcastle would not be worthy of a parade, by any means. However, Conte must prove that he can comfortably beat sides that are inferior to Tottenham’s strong lineup.